The weather on Puesco River is good all year round, each season has its particular appeal. In winter and early spring is more complex access by the presence of snow, but it gives more beauty to the landscape. In autumn this route is particularly beautiful because of the red and yellow colors of the oaks. In summer, the green forests and the good weather give it a particular attraction. 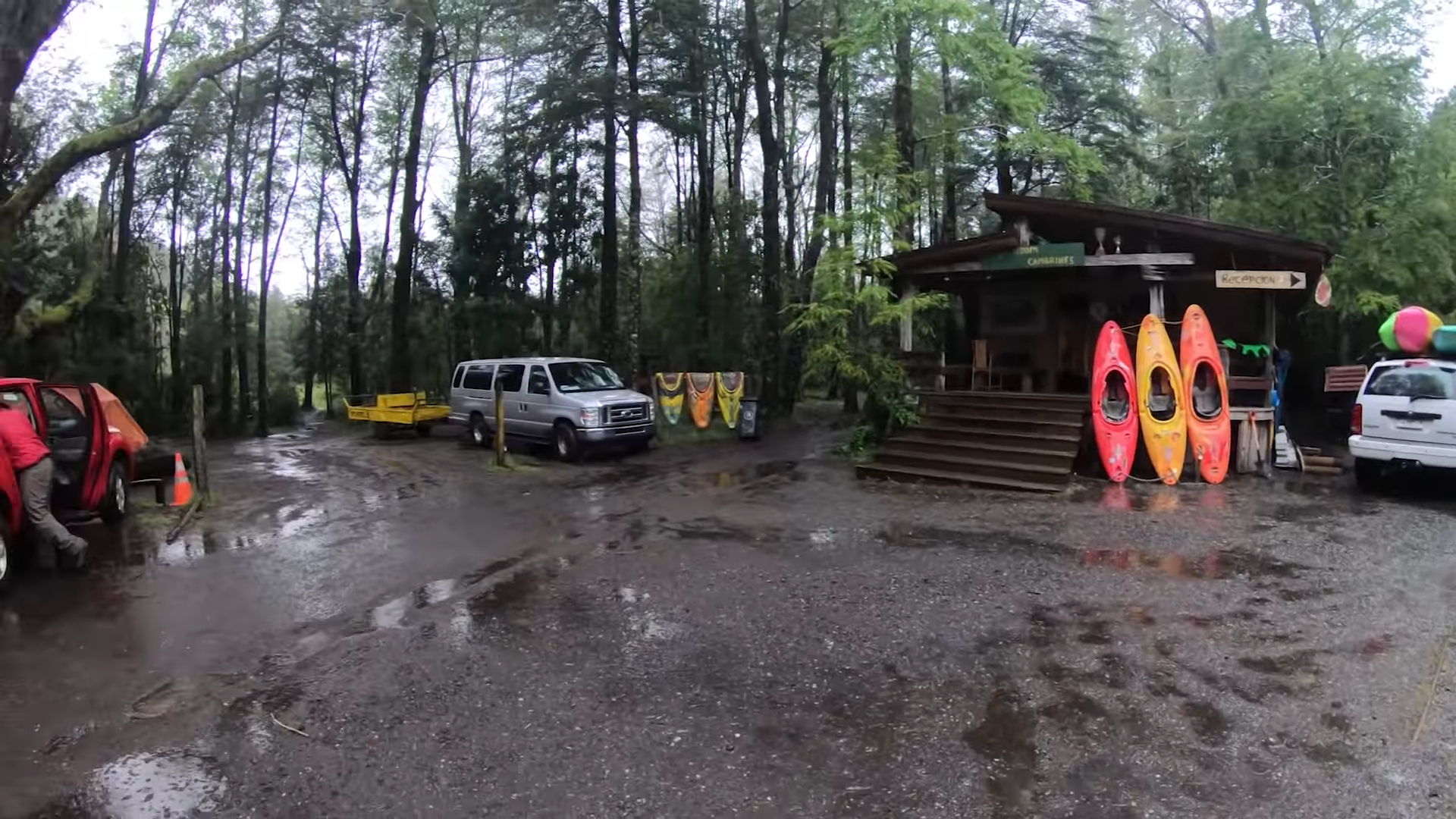 The crystal clear water and extreme gradient make for an unforgettable day run.

Along with the Rio Maichin, the Rio Puesco forms the headwaters of the of the Rio Trancura. Lots of footage has been filmed of groups running the crux section of the run, the Tres Troncos rapid named after the three trees that block the river right channel at the bottom. The reason for the quantity of films isn’t because the rapid is easy to scout or portage at river level, but because many folks choose to put in below the rapid, and from the dirt road that leads to the base of the rapid, those not inclined to run the rapid can film. 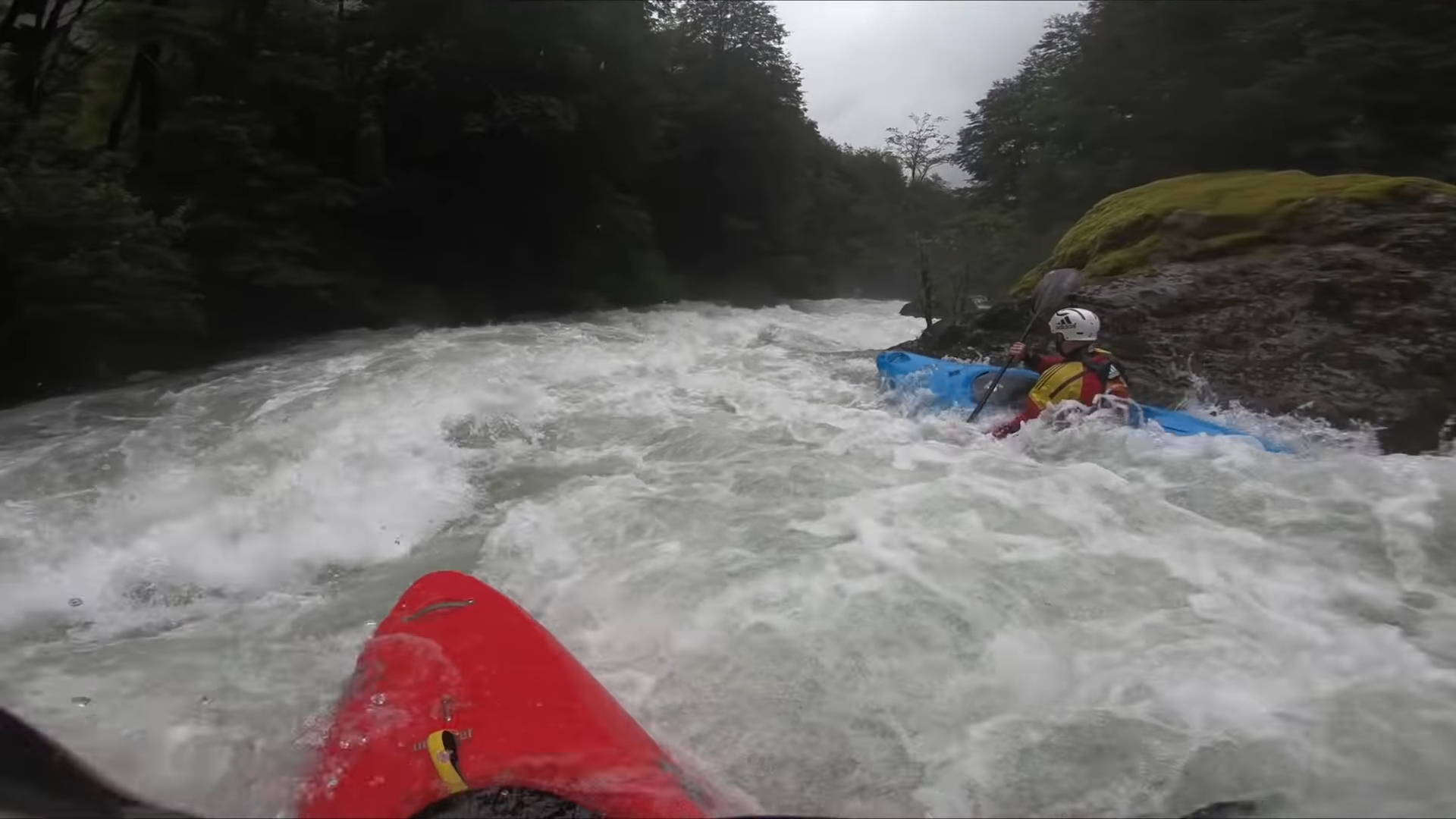 To reach the river take the international road from Pucon to Argentina heading towards Paso Tromen or Mahuil Malal. From Pucon to Curarrehue (turn of for Maichin) it is 42 KM of paved road. From here to Put-in at Puente Puesco it is another 25 KM on what is now gravel road but soon to be paved. Before crossing Puente Puesco there is a turn off to the right. Head back this dirt track 100 meters, park and put-in on the calm waters of the Rio Puesco. Do not block this road as it is used by local residents.

At the put-in The Rio Puesco is very small but within approximately 500 meters the Rio Momolluco enters from the right and more than doubles the flow. From this point down the river (now actually the Trancura) gets very steep with countless ledge and boulder drops. About 1 KM down the river one will encounter a particularly burly drop called Tres Troncos which was aptly named for the 3 logs which are commonly pinned into the right channel of the drop. Depending on logs every drop on the river is run-able but everything can also be portaged. 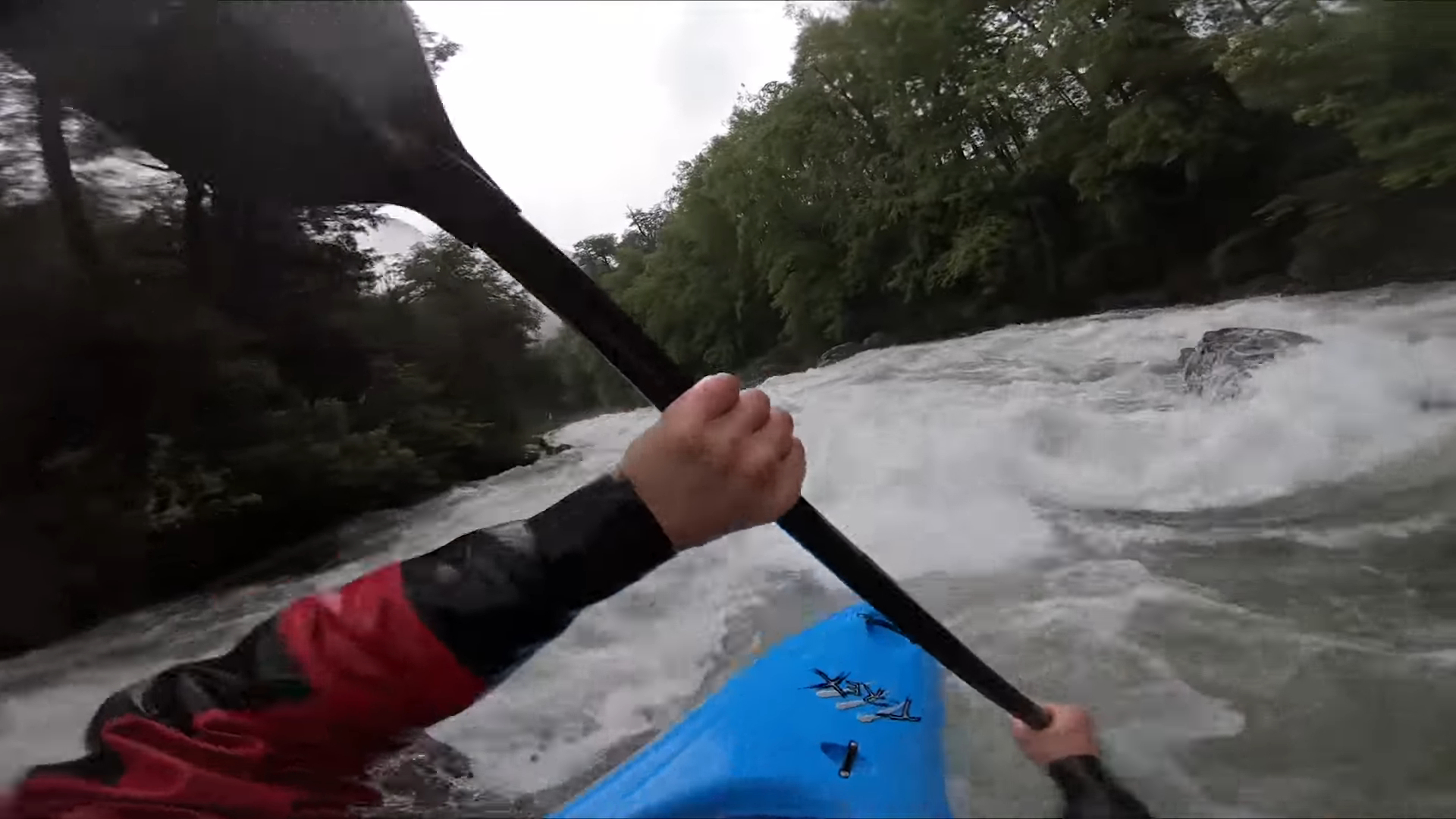 After the Tres Troncos the river is easier, however still very challenging. Essentially, it is one continuous class IV rapid. And no I don’t mean class III difficulty but longer, it is class IV moves for a mile straight. To add to it, there are several channels with end in rock piles and require you to make the correct move. We had low side of medium flow which was nice because it made the hydraulics much friendlier. I am sure at high water this run (even below Tres Troncos) would be downright terrifying. Regardless, at any flow, a swim would be a dangerous situation and it would be hard to get the swimmer and gear to shore prior to running a few hundred yards of river.

Undoubtedly, the Puesco River, is a natural spectacle to visit at any time of year, you and your friends can not miss it! 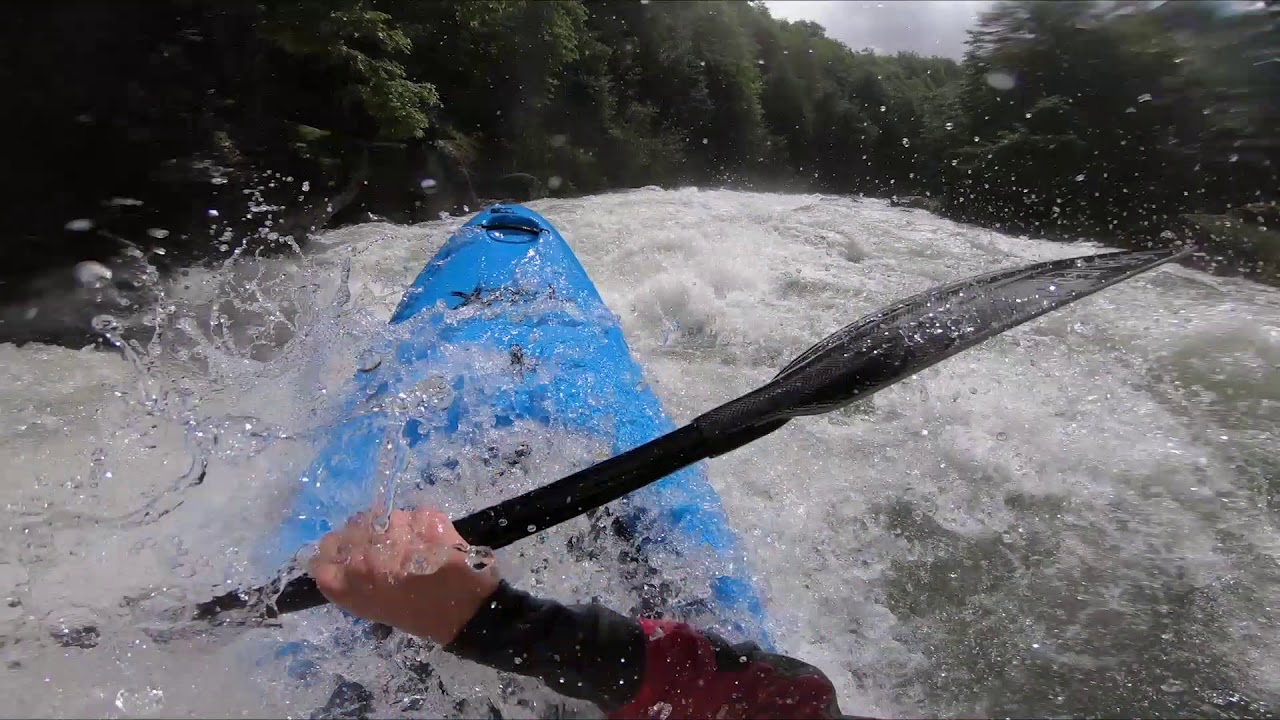 Along with the Rio Maichin, the Rio Puesco forms the headwaters of the of the Rio Trancura. Lots of footage has been filmed of groups running the crux section of the run, the Tres Troncos rapid named after the three trees that block the river right channel at the bottom.

Meisabel Laversa is a ful-time writer on Aqua Sports TV
16 thoughts on “Insane Kayaking down the Puesco river !”
Leave a Reply Cancel reply